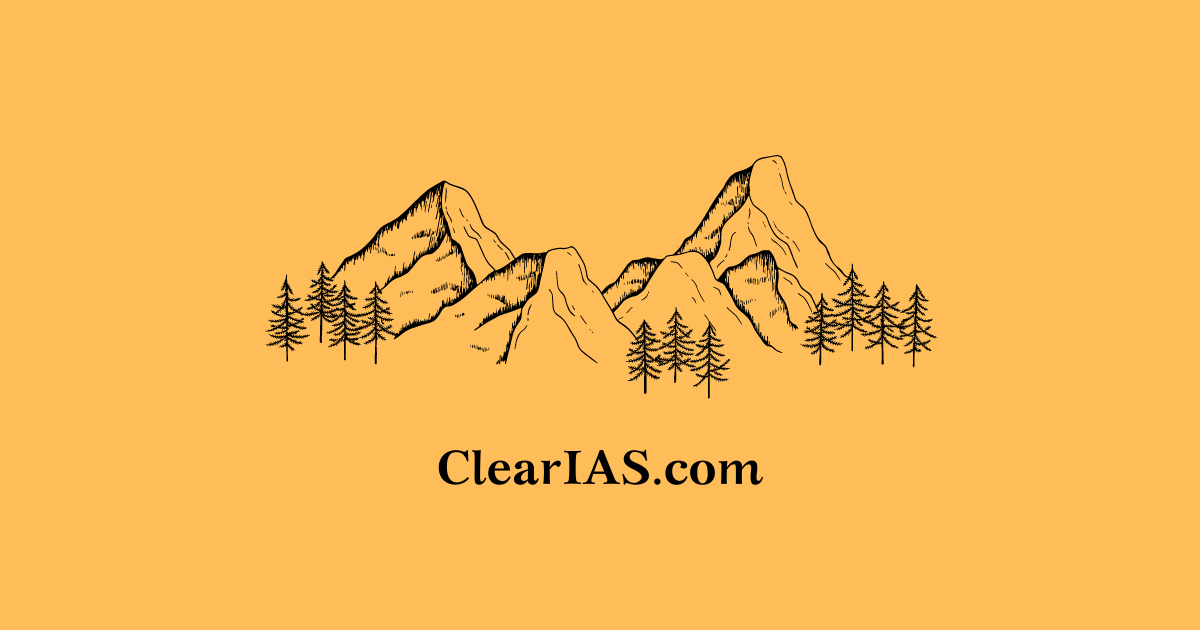 What are the different divisions of the Himalayas? How is it formed? Why is it so important? To answer these questions, read further.

The Himalayas are the result of the Indian and Eurasian plates colliding. Indian Peninsula split off from Gondwana during the Cretaceous Period and began moving north. Between the two plates, the Tethys was squeezed, creating a geosyncline.

The Indian Plate’s oceanic boundary was subducted as the plate moved north, leaving some of these rocks in the Ladakh region.

The northward drift along with the Tethys sea compression caused the Himalayas to rise. The mountains continued to converge, creating fold mountains known as the Main Himalayas or Greater Himalayas, and south of them, the Main Central Thrust.

Eastern Himalayas were generated by the collision of the Indian and Eurasian plates 60 million years ago, which caused the construction of the Potwar plateau and an anticlockwise spin in the plate.

As the process continued, the Main Boundary Fault line developed south of the Lesser Himalayas. It is referred to as the Middle Himalayas.

Foredeep was formed on the foothills of the Greater and Lesser Himalayas, where deposition and subsequent compression resulted in the construction of the Shivalik Mountains and a new fault line emerged which came to be known as the Himalayan frontal line.

From the Indus gorge in the west to the Brahmaputra gorge in the east, the Himalayas stretch in an east-west pattern.

It is also known as Himadri, the Central Himalayas, or the Inner Himalayas. The hogback topography—a long, steep hill or mountain ridge—is created by the asymmetrical folds in this range, which have a high south slope and a mild north slope.

Its typical height is 5000 kilometers. It has tall mountains and vast glacier snowfields and is mostly made up of crystal-rich igneous or metamorphic rocks.

Its core is comprised of Archean rocks, and there are very few gaps and antecedent rivers. The range is also continuous. It forms an arc from Nanga Parbat in the west to Namcha Barwa in the east.

Few of the current passes are Zojila and Brazil in Kashmir, Bara Lapcha La and Shipki La in Himachal Pradesh, Niti pass and Lipu lekh in Uttarakhand, and Nathula and Jelep La in Si.

The Trans himalaya is a 1,600-kilometer (990 mi) long mountain range that runs parallel to the main Himalayan range in a west-to-east orientation. It is on the southern edge of the Tibetan Plateau, north of the Yarlung Tsangpo river.

The Trans-Himalayas is mostly made up of granite and volcanic materials. The mountains lack a clear alignment and are not split by large river gorges like the main Himalayas.

The Great Karakoram Range, also known as the Krishnagiri Range, is the northernmost range of the Trans-Himalayan Ranges in India.

The Karakoram Range stretches around 800 kilometers east of the Pamir. It is a mountain range with high peaks (elevations of 5,500 m or more). Some of the largest glaciers in the world outside of the polar regions call this place home.

The second-highest peak in the globe and the highest mountain in the Indian Union is K2.

The Ladakh Plateau is located to the northeast of the Karakoram Range. It is divided into several plains and mountains.

The Greater Himalayas in the north and the Shiwaliks in the south have a nearly parallel alignment with both ranges.

Its typical height ranges from 1300 to 5000 kilometers. Typically, it is made up of crystalline sediments.

While the arrangement is considerably distinct and reflects very heavily folded and complex structures, its lithology is identical to the Main Himalayas.

Dhauladhar, Pirpanjal, Nagatibba, Mussorie, and Mahabharat ranges are significant ranges. While northern slopes are rocky, southern slopes are steep. Small pastures known as Merg can be found on slopes.

The Mussoorie and Nag Tibba ranges in Uttarakhand serve as landmarks for the Middle Himalayas.

Human contact is easier in the Middle Himalayan ranges.

The lower Himalayas are represented by the Sapt Kosi, Sikkim, Bhutan, Miri, Abor, and Mishmi hills east of the Kosi River. The Mahabharat Lekh, in southern Nepal, is a continuation of the Mussoorie Range.

This region is the location of the majority of Himalayan hill resorts, including Shimla, Mussoorie, Ranikhet, Nainital, Almora, and Darjeeling, among others.

This range, which is not continuous, is also known as the outer Himalayas. It looks like a hogback and its slopes are more steep in the south.

There are valleys in the north called Doon in the west and Duar in the east. They go by the name Dehradun.

Thick trees cover the Shiwalik range from North-East India to Nepal, but as you move west from Nepal, the amount of forest cover reduces. The quantum of rainfall decreases from east to west in Shiwaliks and Ganga Plains.

Nearly no trees cover the southern slopes of the Shiwalik mountain in Punjab and Himachal Pradesh. Seasonal torrents are known as Chos deeply slash these slopes. The hills belong to antisynclines or anticlines, while valleys belong to synclines.

Shiwalik Hills were created by the conglomerate’s accumulation. During the first stages of deposition, these conglomerates created transient lakes.

These transient lakes gathered an increasing amount of conglomerates over time. At the bottom of the lakes, the aggregates were firmly established.

Conglomerate-filled lakes were drained away when rivers were able to cut through them, leaving behind plains known as “duns” or “doons” in the west and “duars” in the east. The best illustration is Dehra Dun in Uttarakhand.

The Himalayas’ southern extension, known as the Eastern Hills or The Purvanchal, runs along India’s northeastern border.

The Purvanchal is a group of relatively low hills that are formed when the Himalayas abruptly curve southward near the Dihang canyon.

They stretch from Arunachal Pradesh in the north to Mizoram in the south along the border between India and Myanmar.

It is a heaven for naturalists because of the incredible variety of plants and animals, which is brought about by the general temperature changes as one ascends higher.

The Himalayas have protected India from foreign incursions as a protective barrier since ancient times.

India’s climate is significantly impacted by the Himalayas. The summer monsoons from the Arabian Sea and Bay of Bengal are successfully deflected by them.

The Himalayan mountains are the source of almost all of India’s major rivers. Ample rainfall serves as the food source for India’s powerful rivers.