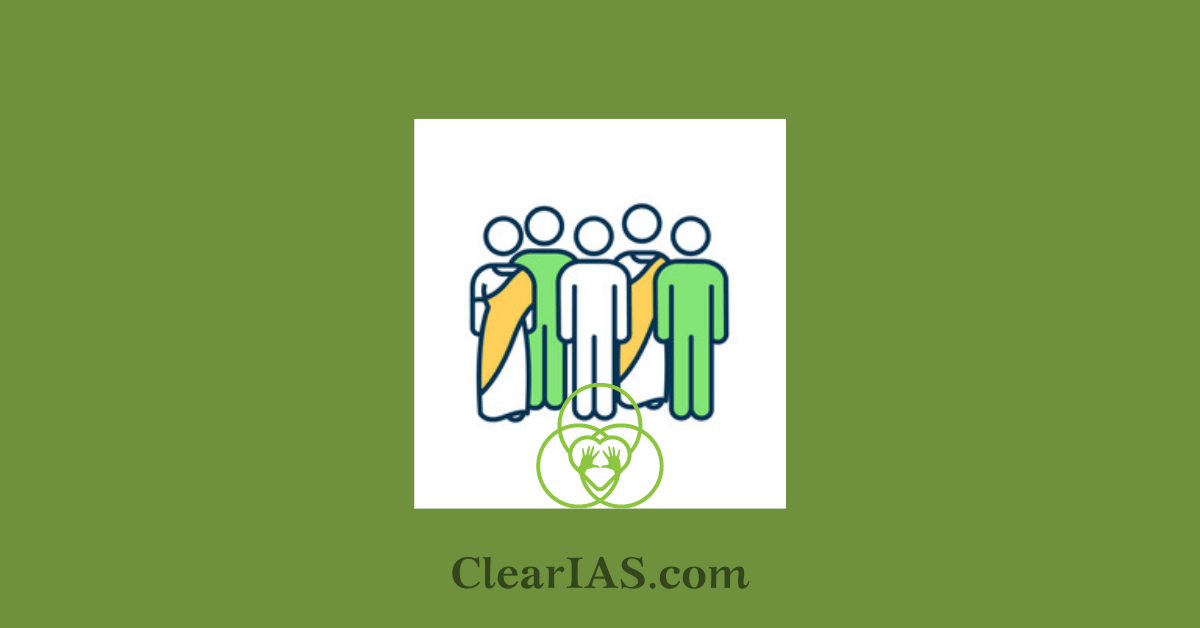 Indian society is known for its ability of tolerance and acceptance, and social cohesion making it unique in sustaining its culture. The importance of fraternity enshrined in the Preamble of the constitution makes it a duty of every citizen.

Indian society is extensively diverse in cultural and regional aspects and it is pertinent that it is posited in each individual the realization of ideas and objectives in the Preamble concerning every other individual.

India from ancient times has thrived to create a nationality that is neither governed by universalism nor by exclusivity to its interest groups.  The multi-cultural conundrum is a salient feature of Indian society that has been a boon and a bane over the history of the country.

Jawahar Lal Nehru wrote in The Discovery of India- “Indian Society and Culture are like some ancient palimpsest on which layer upon layer of thought and reverie had been inscribed, and yet no succeeding layer had completely hidden or erased what had been written previously”.

Salient features of the Indian Society

It is rather difficult to make pointers on what are the features of the Indian society as the essence of Indian society lies in harboring diverse and distinct identities, ethnicities, languages, religions, and culinary preferences. History stands witness to the fact that the societies that have struggled to hold differences were shattered in such an attempt.

But for understanding and simplifying the conundrum, the salient features of Indian society can be listed down as-

Multi-ethnicity is a major salient feature of Indian society. An ethnic group or ethnicity is a category of people who identify with each other, usually based on a common language or dialect, history, society, culture, or nation.

A society with the co-existence of a wide variety of racial groups is a Multi-ethnic society. India is home to almost multiple racial profiles like Nordic, Dinaric, Proto-Australoid, Mongolian, etc.

Herbert Risley had classified the people of India into seven racial types. These are-

Indian multiculturalism can be explained by the ‘Salad bowl theory’- within the large Indian society, the newly arrived cultures do not lose their identity, rather get intermixed without losing their unique characteristics, just like ingredients in a salad bowl are recognizable while contributing to the overall composition of the salad.

India is home to many native languages, and it is also common that people to speak and understand more than one language or dialect, which can entail the use of different scripts as well.

India’s 2011 census documents that 121 languages are spoken as mother tongues, which is defined as the first lan­guage a person learns and uses.

Six languages also hold the title of classical languages (Kannada, Malayalam, Odia, Sanskrit, Tamil, and Telugu), which are determined to have a history of recorded use for more than 1,500 years and a rich body of literature.

Languages in India are categorized into language families based on their different linguistic or­igins, which often include different scripts as well.

Many central and northern Indian languages use scripts derived from the Nagari script.

Another aspect of India’s multilingualism is that each mother tongue, or regional language, roughly belongs to one or more states. India’s twenty-eight states have been largely organized along linguistic lines since the 1950s, just after Independence, with the formation of the southern state of Andhra Pradesh in 1953 for Telugu speakers.

India is a cradle of world religions whose ancestors have preached and practiced almost all major religions of the world giving rise to worldly beliefs, practices, rites, rituals, ceremonies, and institutions.

The co-existence of all the religions and variety of faiths has been a shining example of religious pluralism and tolerance.

The social division of society in India is peculiar. Unlike many other civilizations in the world where the society was divided into race, ethnicity, or clans, Indian society is broadly divided into a hierarchy of caste.

The word caste has come from the Portuguese word ‘Caste’ which means breed and is intended to use for classification based on the purity of blood.

Caste is unique to India and especially to Hindu traditional society and its customs. It is imposed as a divine and had an extensive sanction in the society.

It was termed the black period of Indian history where several inhuman practices were prevalent in the society denying the basic human rights of these suppressed classes.

However after independence, under the great leadership of Dr. Baba Sahib Ambedkar, the oppressed class got a special status in the Constitution of India as Scheduled castes.

India as a nation is a classic example of it as despite having multiple geographical, religious, linguistic, cultural, and racial diversities, India has always stood up as an integrated nation.

In India, people of different religions have continued to respect the ideals and values of people of other religions, and hence, India has always stood up as an integrated nation ready to put its arms around everybody in this world.

Diversity in India exists at various levels in different forms and various factors that contribute to Unity In diversity can be as follows:

There have been instances in history wherein the unity of the country was tested like during the partition, communal riots in Gujarat and Karnataka are a few dark chapters. But each time the country has fought back and upheld its values.

Patriarchy is a social system in which men hold primary power and enjoy greater status than women. Indian society is a largely patriarchal society.

Blood relations and kinship ties enjoy a stronghold over other social relationships in India.

Family is one of the most important social institutions. Most of the world’s population lives in family units. The family is a primary institution responsible for ‘socialization’.

Kinship refers to a set of relationships and relatives formed thereof, based on blood relationships (consanguineal), or marriage (affinal).

This social institution ties individuals and groups together and establishes a relationship between them.

There are about 705 Scheduled tribes in the country and they constitute 6 percent of the population of the country, according to the 2011 census.

More than two-third of the ST population is concentrated only in the seven states of the country, viz. Madhya Pradesh, Maharashtra, Orissa, Gujarat, Rajasthan, Jharkhand, and Chhattisgarh.

There is no ST population in 3 States (Delhi NCR, Punjab, and Haryana) and 2 UTs (Puducherry and Chandigarh), as no Scheduled Tribe is notified.

The balance between spiritualism and materialism in Indian society

Contradictions between spirituality and materialism have existed in Indian society for a long time. The ancient thoughts differ in positing that material life is all that matters, matter and consciousness interact to create the world, or matter is just the base from which one has to rise to full consciousness.

Swami Vivekananda is one of the prominent figures and makers of modern India who was known for his speeches on spiritualism and materialism.

The balance between individualism and collectivism in Indian society

India is a society with both collectivistic and Individualist traits. The collectivist side means that there is a high preference for belonging to a larger social framework in which individuals are expected to act for the greater good of their defined in-groups.

The Individualist aspect of Indian society is seen as a result of its dominant religion/philosophy – Hinduism. The Hindus believe in a cycle of death and rebirth, with the manner of each rebirth being dependent upon how the individual lived the preceding life.

People are, therefore, individually responsible for the way they lead their lives and the impact it will have upon their rebirth. This focus on individualism interacts with the otherwise collectivist tendencies of the Indian society which leads to its intermediate score on this dimension.

Co-existence of traditionalism and modernity in Indian society

Indian society is always trying to balance traditions and modernity, especially with changing times, which is a salient feature of Indian society.

Indian society will always be in transition, continually transient and undergoing constant process of change. It implies idea of constant change is intrinsic to contemporary Indian society.

Global and regional happenings have shaped the changing society in India-

Indian society is the result of a journey from the Indus civilization to today’s globalized world. In this journey, it has gone through many transformations under the influence of outside world and reform movements within the society. However, what is unique and appreciable is the fact that it has managed to adopt and accept various features while preserving its past.

There are many factors out there threatening the unity of the Indian society but India has the strength to overcome communal violence and religious threats. The common values of democracy, equality, and justice, as defined in the constitution is a part of the value system of Indian Society.

In the contest of the diversity of India, can it be said that the regions form cultural units rather than the States? Give reasons with examples for your viewpoint. (2017) – 10 Marks

What are the two major legal initiatives by the State since Independence, addressing discrimination against Scheduled Tribes (STs)? (2017) – 10 Marks

The spirit of tolerance and love is not only an interesting feature of Indian society from very early times, but it is also playing an important part in the present. Elaborate. (2017) (15 marks)

To what extent globalization has influenced the course of cultural diversity in India? (2016) – 12.5 Marks

Describe any four cultural elements of diversity in India and rate their relative significance in building a national identity (2015) – 12.5 Marks

What are the continued challenges for Women in India against time and space? (2019) (10 Marks)

Are we losing our local identity for the global identity? Discuss. (2019) (15 marks)