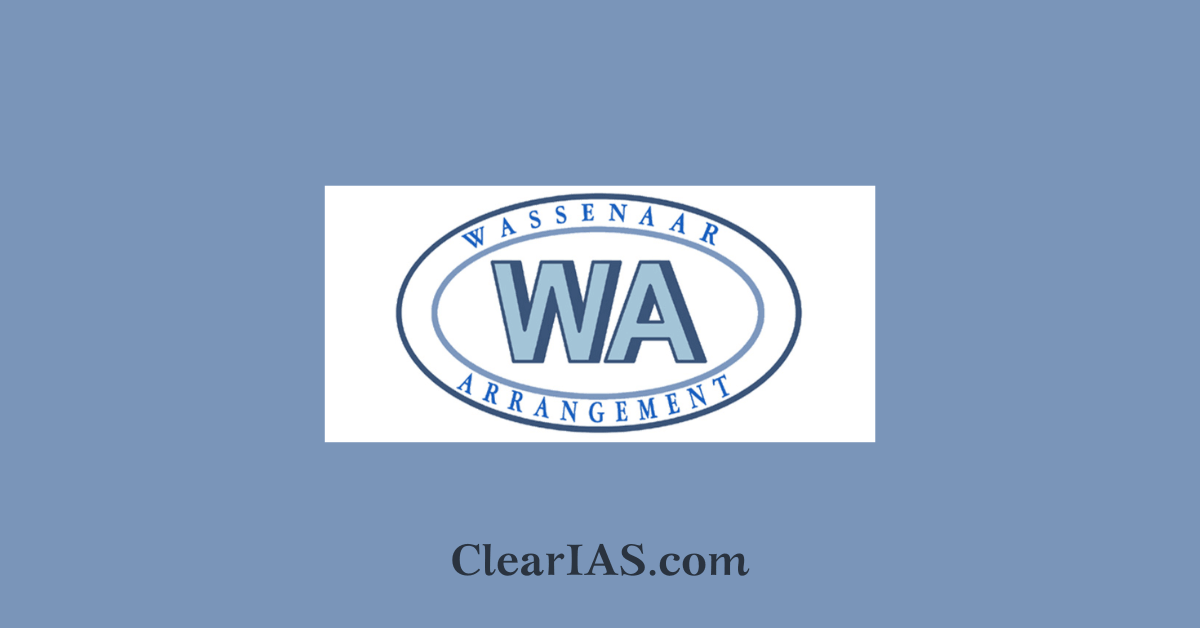 The Wassenaar Arrangement is a group tasked with fostering transparency and increased responsibility in the transfer of dual-use goods and technology and conventional armaments. Read here to know more about the arrangement.

The Wassenaar arrangement aims to contribute to security and stability at the regional and worldwide levels. It is one of the international organizations in charge of exporting and transferring equipment and weapons that are nuclear, biological, and chemical.

In 2023, India, along with the presidency of G20, will assume the chairmanship of the Wassenaar Arrangement and United Nations Security Council (UNSC).

What is Wassenaar Arrangement?

The Wassenaar Arrangement is an elite club of countries that subscribe to arms export controls, similar to the Nuclear Suppliers Group and the Missile Technology Control Regime.

The body came into being in 1996 to succeed the Cold War-era Coordinating Committee for Multilateral Export Controls.

The name comes from Wassenaar, a suburb of The Hague, where the agreement to start such a multi-lateral cooperation was reached in 1995.

The WA has 42 members, the latest entrant being India in 2017. Most of the member states are from NATO and EU states.

Except China, all the other permanent members of the U.N. Security Council are signatories of the WA.

The Wassenaar Arrangement is headquartered in Vienna, Austria.

How does the Wassenaar Arrangement work?

The goal of the Arrangement is to “promote transparency and greater responsibility in transfers of conventional arms and dual-use goods and technologies”.

Participants are required to “ensure that transfers of these items do not contribute to the development or enhancement of military capabilities which undermine the goal”.

The aim, according to WA, is also to prevent the acquisition of these items by terrorists.

Since it is a voluntary export control regime, the 42 members exchange information on transfers of conventional weapons and dual-use goods and technologies.

Unlike its predecessor, the Cold War-era Coordinating Committee for Multilateral Export Controls (COCOM), which was created to restrict exports to the former Soviet Union and Eastern bloc, Wassenaar is not targeted at any region or group of states, but rather at “states of concern” to members.

To promote transparency, Wassenaar calls on states to make a series of voluntary information exchanges and notifications on their export activities related to weapons and items appearing on the arrangement’s two control lists:

Significance of Wassenaar arrangement for India

Other international bodies for weapons management

Q. Recently, the USA decided to support India’s membership in multilateral export control regimes called the “Australia Group” and the “Wassenaar Arrangement”. What is the difference between them? (2011)