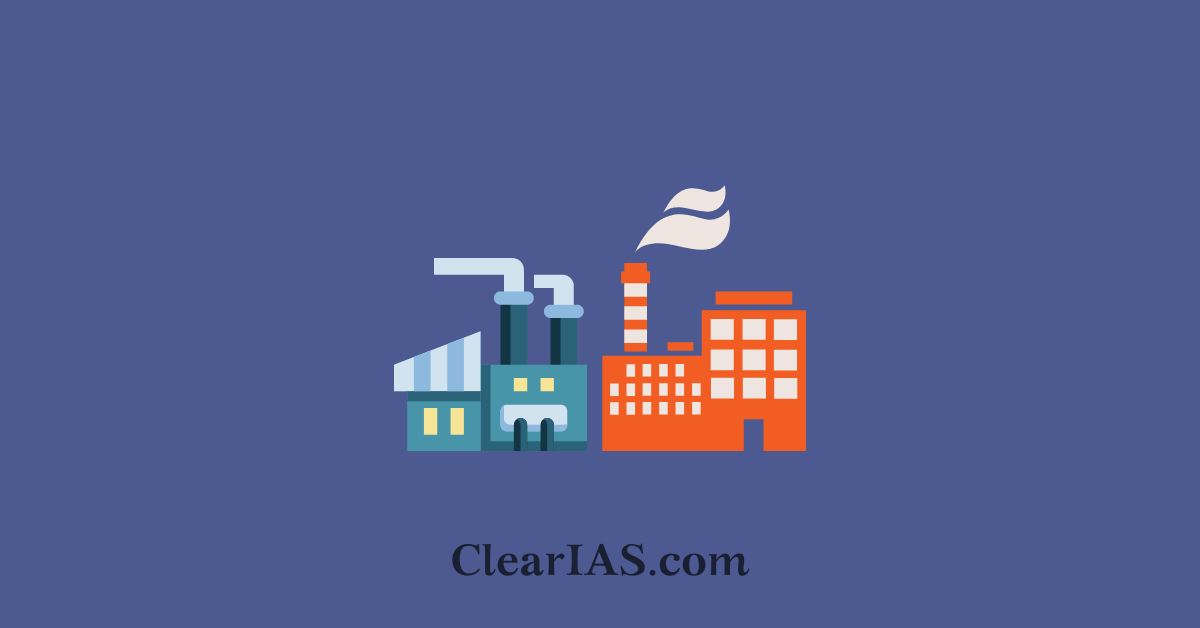 Establishments engaged in the mechanical, physical, or chemical transformation of raw materials, substances, or parts into new, finished goods make up the manufacturing industry.

India’s manufacturing industry plays a significant role in the economic expansion of the nation. About 12% of the workforce in India is employed by it, and it contributes about 15% of the GDP of the nation.

The sector is varied and made up of a variety of businesses in the textile, pharmaceutical, automotive, and consumer durables industries.

India has a huge capacity to participate in global markets because of elements like electricity expansion, long-term employment possibilities, and skill paths for millions of people.

Several factors contribute to their potential:

Out of a total of 28% for the industry during the past 20 years, which also includes 10% for mining, quarrying, power, and gas, manufacturing’s proportion of GDP has stayed consistent at 28% of GDP.

Challenges faced by the manufacturing sector

The manufacturing sector in India has underperformed in recent decades as compared to other countries, and the reasons for the same are:

India is making slow but steady progress toward Industry 4.0 thanks to government initiatives like:

India is a desirable location for foreign manufacturing ventures. Numerous companies, including those from the luxury, automobile, and mobile phone industries, have already established or are planning to do so in the nation.

India’s manufacturing industry has the potential to generate $1 trillion in revenue by 2025. With a GDP of US$2.5 trillion and a population of 1.32 billion, India will become a common market after the Goods and Services Tax (GST) is implemented, which would be very attractive to investors.

According to the Indian Cellular and Electronics Association (ICEA), by regulatory changes, India could increase its total capacity for producing laptops and tablets to US$ 100 billion by 2025.

The Government seeks to ensure the overall growth of the country by emphasizing the development of industrial corridors and smart cities. The corridors will also support advanced manufacturing techniques by integrating, monitoring, and creating an atmosphere that is favorable to industrial progress.

The industrial sector may draw additional investment and enterprises if infrastructure, such as ports, highways, and power supplies, is improved in terms of both quality and accessibility.

Supporting the growth of export-oriented manufacturing could aid Indian companies in expanding into new markets and becoming more competitive.