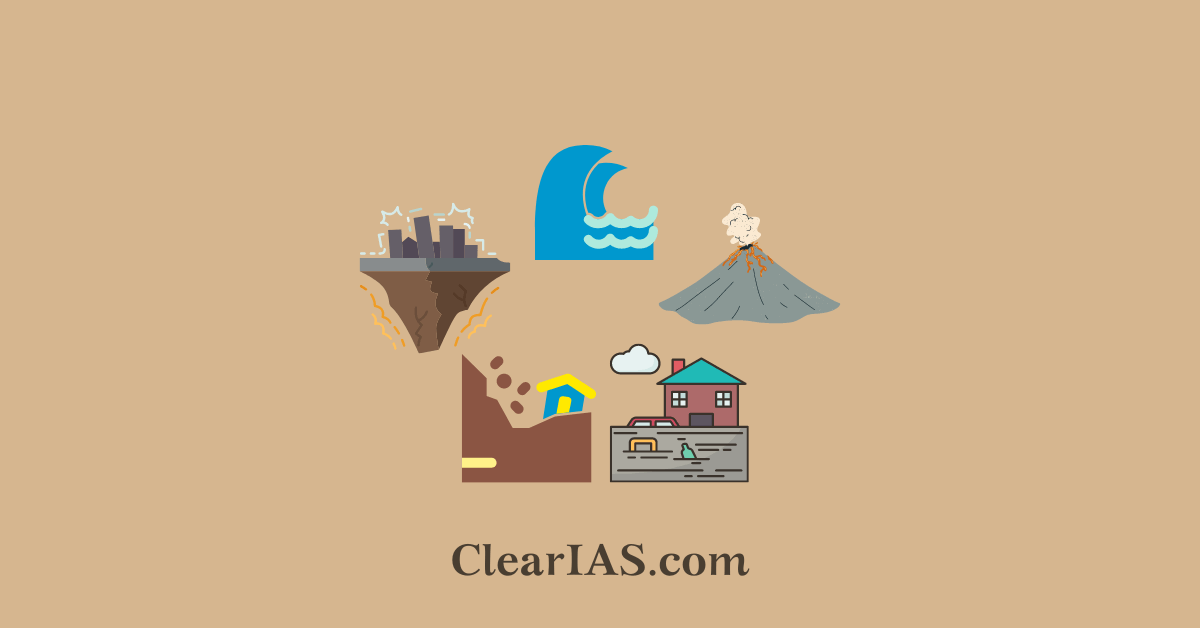 Geohazards and their management are essential for global well-being and development, especially in changing climates. Geological hazards cause economic setbacks and impact citizens’ security and access to critical infrastructure such as hospitals, schools, or shelters. Read here to know more about the geohazards, risks, and mitigation strategies.

Geological hazards are quickly becoming the biggest threat to life and infrastructures today as industries advance, communities expand, and the rate of global warming quickens.

Geohazards can occasionally be caused by the thoughtless placement of projects or construction where environmental factors weren’t taken into account.

In a better understanding of geohazards, their prerequisites, causes, and repercussions, mitigation, and prevention of human activities like drilling through over-pressured zones, which could result in severe danger, are of utmost importance.

A geologic hazard, sometimes known as a geohazard, is an unfavorable geologic state that has the potential to cause significant harm to property or human life.

Long-term or short-term geological processes are involved in these dangers, which are caused by geological and environmental factors.

Geohazards can have very modest features, but they can also grow to enormous sizes (such as subsurface or surface landslides) and have a significant impact on local and regional socio-economics (e.g., tsunamis).

Geohazards can be a slow or sudden phenomenon. The slow or gradually developing geohazards include:

The sudden or quickly developing ones include:

India is home to more than 17% of the world’s population despite having only 2% of the planet’s total land area.

59% of the earth’s surface is impacted by earthquakes, and seismic intensities of VII, VIII, and IX are possible in seismic zones III, IV, and V, respectively.

In addition to being very susceptible to earthquakes, the Himalayan belt in the country’s north is also dynamically active, climatically sensitive, and vulnerable to landslides and flash floods.

The frequencies and effects of these geohazards are growing as a result of changing climatic conditions, expanding population, and dangerous development and urbanization practices.

The national disaster management authority in India has made efforts to evaluate the types and severity of these disasters that have previously affected the nation and identified potential risks to various vulnerable elements based on inputs from various sectors and disciplines.

In 2021 the Ministry of Road Transport and Highways entered into an MoU with the Defence Research and Development Organisation (DRDO) to strengthen cooperation in sustainable geohazard management.

The integration of disaster risk reduction and development has been a focus of national-level policy, guidelines, plans, programs, initiatives, and procedures as well as regulatory measures focused on technical, administrative, financial, legal, and sociocultural issues.

Geotechnical engineers work to avoid or lessen issues brought on by geohazards. Geological Hazards Mitigation is the application of geological engineering principles to minimize or prevent the effects of naturally occurring geologic hazards.

Geohazards are increasing across the globe due to climate change and increase the risk of long-term disruption to transport systems. A reliable and efficient transport system/network is a major catalyst for the development of a country and the backbone of its functioning.

Disruption of the transport system will cause economic setbacks and impact citizens’ security and access to critical infrastructure such as hospitals, schools, or shelters.

Therefore, a geohazard risk management perspective that incorporates people, the environment, hydrology, geology, and transportation infrastructure needs to be adopted for a robust and resilient transport network.

The traditional approach to maintaining a transport network is reactive and remediates geohazard events as they occur. A proactive approach that evaluates hazards, monitors the network and manages the infrastructure can result in 60-80% life-cycle cost savings.