The final results of the UPSC Civil Services Examination (CSE) 2014, the prestigious exam to select the best brains of the country into the top 24 services in India like IAS, IPS and IFS officers will be announced today evening. The notification that CSE 2014 results will come today is shown in the official website of Union Public Service Commission (UPSC). It is the first time that the Commission is declaring the final results within four days of the closing date for the personality test or interview. 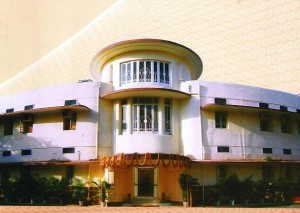 A total of 1,364 posts is to be filled through the civil services examination. Roughly 50 percent of the total vacancies comes under reservation category. Apart from the first rank list which comes today, UPSC also keeps a second merit rank list known as the consolidated reserve list (which is inclusive of the total vacancies, ie. 1364). After the completion of allocation of reserve category candidates who qualified in the merit list, candidates from the consolidated reserve list are given allocation by DoPT. Today UPSC announces only the names of those candidates who feature in the first rank list.

How tough is to get into IAS?

In 2013, the total number of vacancies for IAS was 180. The last candidate who got into IAS from General category had a rank of 91. Read our article ‘Till Which Rank Can An Aspirant Get Into IAS, IPS or IFS?‘ to get more details.

How to check the UPSC exam results?

Results of successful candidates will be published in upsc.gov.in as well as pib.nic.in. Marks of UPSC Prelims, Mains and Interview of all candidates will be available in the UPSC website within a week. Clear IAS wish all our followers who appeared for UPSC interview 2014 all the very best for UPSC CSE 2014! May all of your names appear in the final rank list!