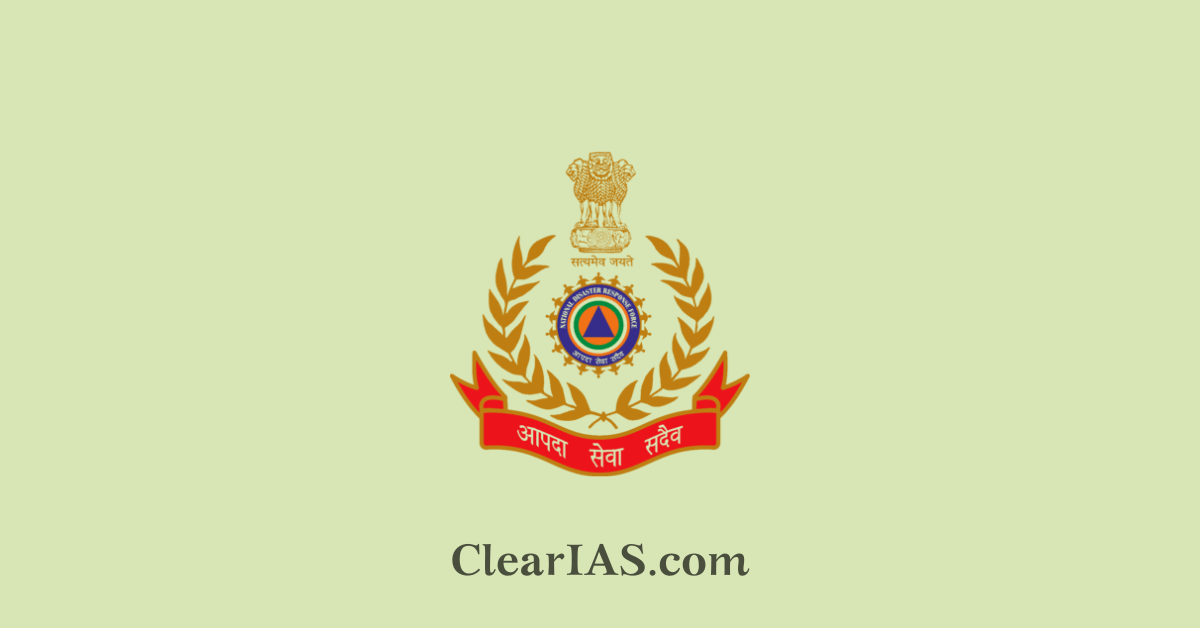 The Disaster Management Act of 2005 established the National Disaster Response Force (NDRF), an Indian specialized force, “for a special response to a threatening disaster scenario or disaster.”  Read here to learn more about the NDRF.

In India, the State Government is in charge of disaster management. The Ministry of Home Affairs is the central government’s “Nodal Ministry” for managing natural disasters (MHA).

The Central Government is in charge of providing aid and assistance to the affected state in the event of “calamities of severe nature,” including the deployment, at the State’s request, of Armed Forces, Central Paramilitary Forces, the National Disaster Response Force (NDRF), and any other communication, air, and other assets that are available and required.

The National Disaster Response Force (NDRF) Raising Day is commemorated on January 19, every year. Since the Force’s formation in 2006, the personnel has played a crucial role in the country’s disaster management and community awareness for Disaster Risk Reduction (DRR).

The mid-nineties and the subsequent decade saw much international debate & discussion around Disaster Response & Preparedness.

During the same period, India faced some of its most severe natural calamities like the Orissa Super Cyclone (1999), the Gujarat Earthquake (2001), and the Indian Ocean Tsunami (2004).

The Disaster Management Act has statutory provisions for the constitution of the National Disaster Response Force (NDRF) for the purpose of specialized response to natural and man-made disasters.

In the beginning, the personnel of NDRF was deployed for routine law and order duties also. In a meeting of the NDMA with the Prime Minister on October 25, 2007, the need for NDRF to be made a dedicated force was highlighted and accepted. 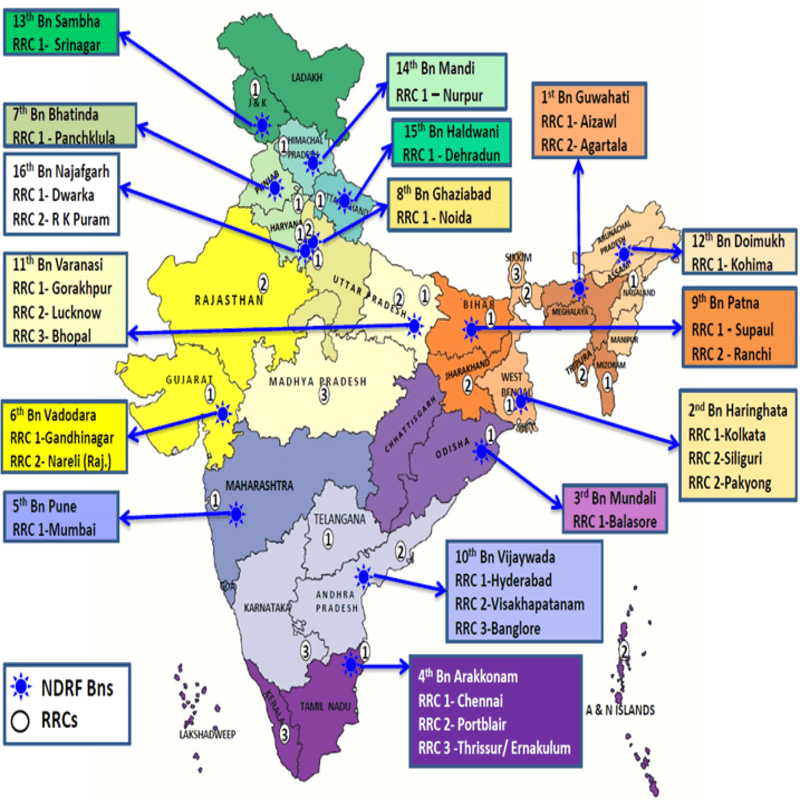 These NDRF battalions are located at 16 different locations in the country based on the vulnerability profile of the country and to cut down the response time for their deployment at the disaster sites.

The National Disaster Response Force’s mission is to create a safer and more disaster-resilient India through the creation of a comprehensive, pro-active, multi-disaster, and technology-driven disaster management plan.

This must be accomplished through the development of a culture of disaster preparedness, mitigation, and pre-order to provide a quick and effective response.

This national vision seeks, among other things, to instill a readiness culture among all stakeholders.

By conducting highly skilled rescue and relief operations, regular and intensive training and re-training, familiarisation exercises within the respective NDRF Battalions’ areas of responsibility, and conducting mock drills and joint exercises with the various stakeholders, the NDRF has demonstrated its significance in achieving this vision.

NDRF has also aided in international operations like the Japan tsunami of 2011 and the Nepal earthquake of 2015.

The State Disaster Response Fund (SDRF), constituted under Section 48 (1) (a) of the Disaster Management Act, 2005, is the primary fund available to State Governments for responses to notified disasters.

Local Disaster: A State Government may use up to 10 percent of the funds available under the SDRF for providing immediate relief to the victims of natural disasters that they consider to be ‘disasters’ within the local context in the State and which are not included in the notified list of disasters of the Ministry of Home Affairs.

The practice of “proactive availability” of the National Disaster Response Force to the States and that of “pre-positioning”, in a threatening disaster situation have immensely helped minimize damage, caused due to natural calamities in the country.

The first major test of disaster for NDRF was Kosi Floods in 2008, which was handled by the force on a war footing.

NDRF has since its inception has shown great efficiency during and after major calamities. NDRF teams also assist the local administration by providing immediate relief and medical care to thousands of needy people.