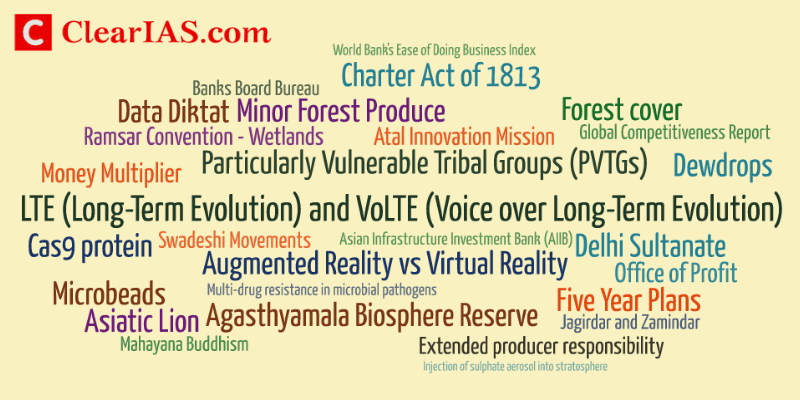 Are there any favourite areas for the UPSC? What were the UPSC Prelims 2019 question topics?

Union Public Service Commission (UPSC) is entrusted with the job of preparing questions for the Civil Services Exam (CSE).

From which areas did UPSC frame questions for this year IAS exam?

What does UPSC try to find out in the ‘right candidate’ – for the jobs like IAS, IPS, or IFS?

Are there clues left by UPSC for aspirants preparing for UPSC 2020?

Here are the question areas from which UPSC asked the 100 questions in Prelims 2019.

These are just question areas; not actual questions!

The above mentioned are the question topics or areas. If you need to go through the actual questions, refer the link – UPSC Civil Services Preliminary Exam 2019 Question Paper.

22 Marks worth questions were from the topic ‘Important Acts’

11 Questions (worth 22 marks) were directly connected with Acts enacted by the Indian Parliament. There is no surprise in this because UPSC expects future Civil Servants to be knowledgeable about the important Acts/Bills/Rules etc.

However, we are not sure if aspirants or coaching institutes noticed this.

The 2019 UPSC Prelims General Studies Paper 1 Question Paper was unconventional. Many found most of the questions in this paper difficult to answer. The same was the case with 2018 paper – even though there were differences in question areas and priorities.

If you ask us our opinion about UPSC CSE Prelims 2019, we would say – we loved this paper.

Of course, some questions can be improved or avoided. However, there are a lot of questions which are of interest to a well-educated youth.

Are the above question areas totally unfamiliar to you?

If you are a casual visitor on this website, or if you are totally new to UPSC Test Preparation, probably 90% of the questions asked by UPSC in Civil Services Exam (Prelims) 2019 may look alien to you.

Everyone cannot know everything. Particularly, if you are not a UPSC aspirant.

However, if you are a UPSC aspirant, you are supposed to know more.

What does UPSC expect from aspirants? Know everything under the Sun?

That’s not the expectation of UPSC.

The expectation and requirements of UPSC are different.

ClearIAS clearly know what UPSC expect from a candidate. However, as this post is already lengthy, we are not adding insights about UPSC requirements here. We will be creating a new post with more analysis of the UPSC Prelims paper in the coming days.

Re-think: Is your preparation in the right direction?

Despite spending lakhs of rupees at coaching institutes, if you are unable to clear Prelims time and again, it’s time to re-think.

Is it your fault or the fault of the method adopted by your institution?

Are the methods of teaching adopted by most coaching institutes (and some popular websites) still relevant for UPSC?

Are the teachers adapting themselves to the new trends set by UPSC?

Do they have a clear understanding of the new (and constantly changing) priorities of the UPSC?

See how ClearIAS adapted and delivered!

We don’t want to comment on others at this point, we just want our performance to do the talk.

Here are a few comments of our happy users after UPSC Prelims 2019. 100+ Marks worth UPSC Prelims 2019 questions could have been easily answered from ClearIAS Resources!

More than 100+ marks worth questions could have been easily answered (enough to clear the cut-off score in UPSC Prelims 2019), had any aspirants seriously prepared just from the below (three) sources.

Learning/practising these questions wouldn’t have taken much time of yours.

In the UPSC exam hall, you are supposed to attempt 100 questions in 2 hours.

Just allotting 8 hours per day for UPSC prep, you can finish all the above sources in less than 2 weeks!

Yes, you need to revise the sources again to remember. We always advise that as well. Still, UPSC Test Prep is not as hard as you imagine – if you have ClearIAS along your side!

My intention of creating this long post is not to mention that the entire UPSC Test Preparation can be done is less than 2 weeks time. I was just pointing our that practising 5000+ questions will not take much time of yours.

You need to practise more and more questions to be well versed with multiple question areas. You should integrate your learning with test-taking. That’s the best and most-effective strategy to score high marks.

As clear from the above 100 question areas, IAS preparation now requires extensive knowledge, wide reading, good practise, and a positive frame of mind.

Only if your preparation is based on the right resources, you can now succeed in the UPSC exams.

Knowledge is important; however equally important is your analytical thinking.

Gain insights from mentors who keenly observe the changing priorities and pattern of UPSC.

Yes, in the UPSC Test Prep, one brand you can trust is ClearIAS. Clear IAS!