Update: To learn the Centrally Sponsored Schemes and Central Sector Schemes as mentioned in the Union Budget 2018, refer this post.

The Central Plan has two components. The major component is provided by Budgetary support while the second part comes from the extra-budget resources of the Public Sector Undertakings. Let’s focus our discussion on the details of Central Plan as provided in the budget documents. The important schemes or programes under the central plan as per budget 2015 are listed out below.

Blue Revolution is an umbrella programme for schemes of inland fisheries, support to fisheries institutes, National fisheries development board and other programmes for development of fisheries. 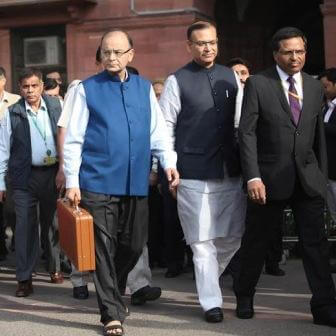 Make in India initiative aims to promote India as an investment destination and to establish India as a manufacturing hub by attracting global investors to make the product in India.

Digital India Programme would be an umbrella programme which would include programme on good governance, virtual classrooms, Cyber security, IT for masses, National knowledge network etc.

Rastriya Kala Sanskriti Vikas as umbrella programme will include all schemes related to promotion and dissemination of Art & Culture, Archeology, Archives, Anthropology and Museum etc.

Border Road Development Board (BRDB) – Plan outlay of BRDB has been transferred from M/o Road and Highways to M/o Defence. The provision is for development of construction of strategic road in Border Areas.

Special Assistance – Provision has been made for providing special assistance for Specific intervention through NITI.

Nirbhaya Fund for supporting schemes for women security and safety will have a corpus of Rs. 3000 crore now.

The Pradhan Mantri Swasthya Suraksha Yojana (PMSSY) : PMSSY is for strengthening the tertiary sector, envisages setting up of new AIIMS like Institutions and upgradation of existing State Government Hospitals.

Technical Education (including allocation for new IITs/IIMs) : To set up IITs and IIMs for expanding access in technical and professional education in uncovered states.

RURBAN : The scheme is to improve the quality of life standard of living in Rurban clusters to bridge the rural urban divide and to reduce migration from rural to urban areas and facilitate reverse migration.

Sagar Mala project and Major Ports : The scheme for development of ports and there attendant infrastructure.

Ministry of Skill Development and Entrepreneurship

Ministry of Skill Development and Entrepreneurship : A new Ministry has been created to increase the availability of skilled manpower and improve the employability of youth. Kaushal Vikas Yojana to up-scale and align skilling initiatives.

Special Central Assistance to SC Sub Plan is being provided to 28 States / Union Territories, which are formulating and implementing the Scheduled Castes Sub-Plan.

PRASAD for Beautification of Pilgrimage Centres.

National Ganga Plan – Namami Gange : A comprehensive programme for cleaning of Ganga. The amount is to be met from National Clean Energy Fund (NCEF).

Beti Bachao Beti Padhao aims to address the issue of declining Child Sex Ratio through a mass campaign across the country and focused intervention and multi sectoral action.